Susan is an innovation expert, speaker, facilitator and trainer. She teaches a popular course in creative thinking at Harvard University, as well as being a senior faculty member at the annual Creative Problem Solving Institute, the largest and longest-running innovative thinking conference in the world. She was a keynote speaker at the NASA John F… read more → 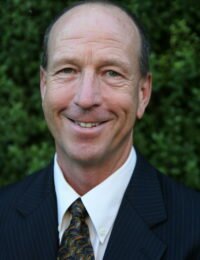 Matt is the President of The Hill Group. This is Matt Hill’s 28th year of training exhibit staffs. He has trained over 60,000 exhibit staff personnel from around the world. Some of his clients include Microsoft, GE, Toshiba Medical Systems, Adobe, Intel, Hewlett-Packard, Medtronic, and Apple. Matt has published three books about working in a.. read more →

Richard Erschik (ER-shik) is a tradeshow veteran that began his career as an exhibitor in the machine tool industry in 1978. He later founded a very successful tradeshow marketing services organization in 1984 and managed his for more than two decades before he sold the company to one of its customers. Today Richard is a.. read more →

John Hotowka has had first-hand experience of the highs and lows associated with being an entrepreneur running a small business.  He’s gained extensive industry knowledge and insight working with numerous blue chip organisations and small businesses. In 2002 he suffered a crisis in confidence.  He studied high achievers, NLP, and read through a lorry-load of personal development material.  After distilling.. read more →

Nikki Owen FPSA is an international and Award Winning Speaker on Charisma, Energy and Authenticity. She passionately believes that charisma is vital to business growth, high performance, health and happiness. She is the creator of The Big Apple Experiment (impact of disengagement) and the founder of The Charisma Model Programme. Nikki has shared her knowledge.. read more →

〔Episode 223〕How to prepare for a presentation -Susan Heaton Wright

Susan is the vocal and communication trainer at Executive Voice. Former opera singer, she uses her experience, knowledge and expertise as a performer, to empower individuals and teams to make an impact with their voices and physical presence. Susan works with clients to ensure they are using their voices and body language to create a.. read more →

Dan is the Senior Vice President of Trade Shows and Exhibits at Hargrove Inc. With more than 27 years of professional sales and leadership experience, Dan Cole was most recently Vice President of Business Development for the International Consumer Electronics Show (CES) and the organization which produces it — the Consumer Electronics Association. Dan is a.. read more →

Roger is the founder of Voices in Advocacy® and Author of 7 Actions of Highly Effective Advocates. Roger is recognized as an expert on advocacy engagement and grassroots activation. He has served in numerous industry associations’ leadership roles, is a recipient of several international industry awards, and is a member of Meeting Professional International’s prestigious.. read more →

Steph Vermeulen is Southern Africa’s leading expert on Emotional Intelligence (EQ). She has been published three times and her boundless energy makes her an acclaimed conference speaker and facilitator. Steph Vermeulen has been a leading pioneer in the field of EQ for almost two decades. Author of the original 1999 best-seller EQ: Emotional Intelligence for.. read more →

As a successful business strategist for over 30 years working with the likes of Microsoft, Virgin, HP and Qatar airways-amongst others, Michael has now became highly regarded as a professional conference speaker on the subject of business change, excellence, leadership, consumer and trends. To date he has spoken at well over 2500 conferences and events.. read more →