Projection Mapping Is Really Taking Off As A Promotional Tool 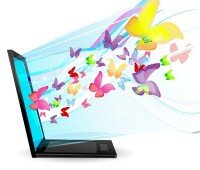 What Is Projection Mapping?

Projection mapping, also called spatial augmented reality and video mapping, is a revolutionary projection technology that can turn objects into a display surface for projecting video. These objects may be irregularly shaped or highly complex and intricate, like an industrial landscape.

With basic projection, presenters are restricted to a flat, 2D surface. It’s not that bad, but 2D just doesn’t stack up against 3D. Flat is dull, old-school, and boring. Projection mapping is where things are heading. Wouldn’t you love to give your video some dimension and shape, keep your audience engaged, and make them say “awesome!”?

A couple of years ago video projection was just a fledgling advertising medium and art form. Nowadays, no product launch, building opening, or major event would be as colorful without a great projection. This has nothing to do with flat projection. Projection mapping can take a real-world 3D object, like a building, and project onto its sides without any bugs or distortion. Projects that combine 3D animation, motion graphics, and a little video can enhance and manipulate a building’s basic geometry.

Projection mapping can turn any 3D objection into a screen. The applications are endless, but they tend to be promotional in nature.

Projection mapping first became very well-known through guerilla ad campaigns. Big companies like BMW and Nokia have since adopted the technology to create advertising campaigns for their products in big cities across the world. These advertising campaigns are very effective at engaging prospective customers. The campaigns often use mapping technology to project scenes onto the surfaces of buildings. Creating giant scenes on the sides of building really gets peoples’ attention. 3D projection can create the illusion of depth, which tends to get peoples’ attention more so than a billboard.

Hire The Right People For Your Projection Mapping Project

A projection mapping service isn’t anything without the techs and people behind it. The software and server are just part of it. You need someone who can master that to create amazing sights and sounds that make your audience go wild. You’ll also want to collaborate with an expert team to help you come with a good campaign or event promotion. Pick an established projection mapping team that knows what they’re doing.