〔Episode 102〕How can I have a life while making a living? -Gustav Gous

He is the founding President of the Diversity Intelligence Institute: A group of international specialists doing consulting for companies on Cultural issues. He is known for his transformational leadership programmes on Robben Island: Titled “The Short Walk to Freedom”. Dr Gustav Gous has shared his knowledge on how to have a life while making a.. read more →

〔Episode 101〕Why is it important to hire professional MUA for events? -Shana Astrachan

Shana Astrachan is a San Francisco based designer and stylist. Under the name Fox & Doll she brings her beauty clients vintage inspired hair and makeup with a focus on flawless skin, classic makeup, and amazing hair. From brides and special events, to commercials and films, she loves creating unique looks for her clients. Shana.. read more →

Claire A. Harrington, CMP is the Manager of Communications at Social Tables. She serves as committee chair for Women In Travel (WINiT), and is actively involved in the MPI, IAEE and PCMA communities. Her writing has also been featured in Convene, BizBash, Event Solutions, Hotel Business Review and MPI. Claire has shared her prediction for.. read more →

〔Episode 99〕 How do you Make Your Panel the Highlight of the Conference? -Kristin Arnold

Kristin Arnold, MBA, CMC, CPF, CSP is a high stakes meeting facilitator and professional panel moderator.  She’s been facilitating teams of executives and managers in making better decisions and achieving greater results for over 20 years.  She is the author of the award-winning book, Boring to Bravo: Proven Presentation Techniques to Engage, Involve and Inspire.. read more → 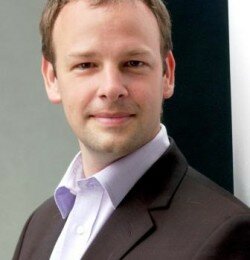 Benjamin is a founding director of redcatco and SocialOptic (the people behind Milestone Planner and SurveyOptic), where he works at the intersection of digital communication, employee engagement and social software, combining his background in engineering, marketing and psychology. Benjamin has shared his knowledge on what mistakes people make when planning an event, why you should plan ‘future backwards’ and what’s an.. read more →

James Spellos is the President of Meeting U., a company specializing in helping people become more productive and comfortable with technology. He delivers over 150 seminars annually on how to use technology more efficiently, including social media. With hospitality industry colleague Corbin Ball, Jim released in 2012 the TechSpec app, helping meeting planners to assess.. read more →

Sean Holladay is the Co-Founder of Crowd Mics, an app that allows interaction from the crowd with voice comments, text comments, and polling.  Sean launched Crowd Mics on stage at The Launch Festival in San Francisco in February of 2014. Crowd Mics is all about crowd engagement and letting your thought and emotions become apart of.. read more → 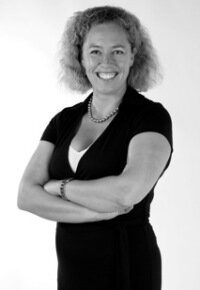 Miranda – the owner of The Content Studio – is committed to designing and developing inspiring meetings and events that support organizational business objectives. Miranda’s background is in hospitality and event management. Clients turn to Miranda to enhance the business value of their meetings and events through an upgrade of their educational programs and participant.. read more →

〔Episode 94〕What does your photographer want you to know? -Emily Gutman

Emily is a wedding photographer in the San Francisco Bay Area. She’s been shooting for eight years, and in the last two, has transferred her focus to shooting city hall elopements for people from all over the world. She is the owner of Emily Takes Photos. Emily has shared her knowledge on 5 things your.. read more →

〔Episode 93〕How do you maximize the value of your data? -Eric Misic

Eric is a business development professional with over 12 years of trade show and large association event experience. He’s spent the better part of his career developing innovative new programs designed to engage and retain customers. Prior to founding Bear Analytics, he was the Senior Sales Executive at the Biotechnology Industry Organization (BIO) leading the exhibition sales team.. read more →