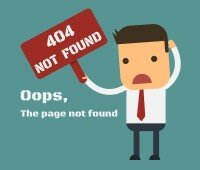 The London Gin Festival took a multipronged approach to promote their event. They came up with the quirky ‘One Hundred Shades of Gin’ book cover, obviously borrowing from the book ‘Fifty Shades of Grey’ and its subsequent movie by the same name. The organizers poked fun at the common error message of ‘Missing a file’ on computers and spiced it up with a solution in the message that read, ‘Would you like to have a gin and tonic instead?’ These aren’t out of the world things but using popular culture and what is very common in a unique way to garner some attention. Take the example of the ‘International Kiss A Gin Day’, which is borrowed from ‘International Kiss A Ginger Day’. The promotion encouraged people to post pictures of them kissing a gin bottle. They even had a prize, a bottle of gin, for the best picture. People connected with the idea and the event got much more traction than what it would have got otherwise.

Sherlocked: The Official Sherlock Convention made use of another effective strategy. They started promoting the event even before the dates were finalized. They urged their followers to keep the end of April free for the event. They gradually released information about the date, venue, star guests and started building anticipation. Eventually they released teasers and finally disclosed all the details of the event. By that time, people had already learned everything they had to know about the event.

Play Blackpool 2015 used a conventional strategy of asking their followers or readers to vote the Best Album, Best Game and Best Film among others and tickets to the expo were up for grabs for those who got the final awards right.