Dealing with Language Barriers at Events 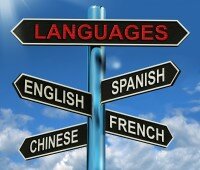 The global marketplace had made the world a much smaller place. As many companies now do business throughout the world there are many events that take place with people from different cultures. Language barriers are quite common and often people do not realize that it is not necessarily the accent of the person speaking, but their way of speaking that is causing the largest barrier. When you are at an event with people from around the world there are several things that you can do in order to make sure that you can communicate effectively.

When you are speaking with someone that is from another part of the world you are going to want to focus on enunciation. Slow down your speaking and make sure that you enunciate syllables. If you are not sure what the other person has said simply ask for clarification.

When speaking, try to choose words that are simple and easy to understand and avoid using contractions. Many people simply talk louder when they are not being understood. Instead of speaking louder, speak slower and use smaller and more precise wording to get your point across.

Americans are well known for making up phrases and words. When speaking to someone from another country it is important to avoid using slang phrases as they can become extremely confusing for others. Use complete sentences or even one word phrases to ask questions. For example, simply saying photo and holding up a camera is going to be much better than asking to take a “selfie.”

The problem with technology is that it takes a bit of time to develop language pairs. Typically language pairs are developed when they are commercially viable. Currently, the most in demand languages are English, Spanish, Portuguese, Brazilian, and Asian languages.

Using technology while at events to overcome the language barrier can be extremely beneficial. There are some apps available that will allow you to translate phrases into any other language that is needed. However, communicating in this way can be complicated and take a long time.

Overall, communicating when there is a language barrier can be difficult, but it can also be extremely beneficial. Just remember to be patient during the conversation and you might just make a great new associate or friend.

How do you deal with language barriers at your events?