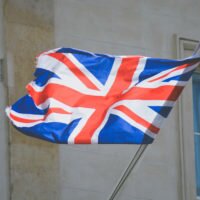 Brexit might be the most significant event to occur in the world since 9/11 occurred in the United States over 15 years ago. Post-Brexit, Britain has shifted so dramatically that the entire perception of the nation has gone from it being one of over a dozen European Union member states to a totally autonomous island nation. While the event has undoubtedly had a major effect on all of those living outside of the nation, those living in Britain have unquestionably encountered the most turmoil. While there have been immediate economic effects, various industries inside of the nation have felt the burden as well, namely the event industry.

One of the primary reasons for Brexit was the fear of what was going on in other EU member states. In places like Germany and Sweden, for example, massive civil unrest has taken place in the wake of massive migration trends. Most of these migration trends were caused by Angela Merkel and other prominent EU officials, but those living in Britain were greatly afraid of similar turmoil occurring domestically in Britain. One major theme in much of the pro-Brexit camp has been the idea that Britain as a nation must preserve its identity. As people in the event industry plan and market their future events, they have to be cognizant of this fact.

If future events are to be made, they must events that reject the homogeneity of the European Union groupthink. Events have to reflect British nationalism, first and foremost, otherwise prospective clients may not be as receptive to the pitches. Britain has proven that it is a free-thinking, passionate country, and the events that take place must reflect and embody that spirit.

Another dramatically different aspect of post-Brexit event strategies is understanding that there will be less of a dependence on foreign interests. While Britain hasn’t necessarily become completely isolationist, the events industry has to brace for impact as there will be less international involvement in domestic British affairs. Britain post-Brexit is much more fiercely independent in its resolve, and any events that are marketed to a specific demographic should reflect more of a nationalistic identity. This isn’t to say that the events have to express jingoistic or xenophobic thoughts, either. Obviously, no smart businessperson in their right mind would seek out the endorsement of radicals, but the event industry has to understand that in this new environment, they have to harness Britain’s renewed sense of nationalistic pride for the better, rather than catering to negative thoughts

One Response to Understanding the Event Industry Post-Brexit