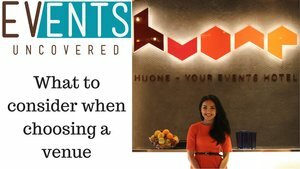 Born in a small village in South Malaysia, Evon and her sister were raised by their grandmother following their parents’ divorce. Evon did not have the opportunity of higher education. Determined to become a professional dancer, she spent most of her teenage training. By 17, she was a professional dancer and dance teacher. At 19, she came to Europe alone to seek for a better dance scene. In 2005, she ended up in Finland and stayed for love. She has been living in Finland ever since. She served as the Social Secretary in the Embassy of Malaysia, Finland for a few years before taking her Asian inspired business idea to school. During which she studied Hospitality Management and developed her business idea. In 2012, she graduated with merits and a business plan named Huone Event Hotel. In the same year, at the age of 28, she became the founder and CEO of the World’s First Events Hotel – HUONE est. November 2012. In 2014 (and later in 2016), Evon’s company Huone was recognized by Evento Awards as the ‘Best Event Venue in Finland’. Later that year, in the VIP Gala of Nordic Business Forum, Evon’s determination and inspirational hard work were recognized by the prestigious award of PwC’s Most Valuable Entrepreneur of the year. Later in February 2015, she was also the youngest and the first foreigner to received the Vuoden Restonomi 2014 award. Her stories are being told in both the Taivas+Helvetti vol.2 and the SISU book. She is a public speaker on motivation and entrepreneurship, a supporter for charity on children welfare as well as an ambassador for the SISU campaign. Evon has shared her knowledge on what to look for in a venue, starting from the objective and finding the venue afterwards, flexible furniture, moving around to get different perspectives.


To get in touch with Evon, go to www.huone.events