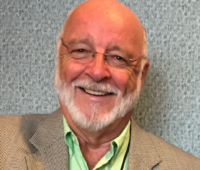 Richard Erschik (ER-shik) is a tradeshow veteran that began his career as an exhibitor in the machine tool industry in 1978. He later founded a very successful tradeshow marketing services organization in 1984 and managed his for more than two decades before he sold the company to one of its customers. Today Richard is a sought after exhibitor educator and trainer having delivered more than 350 seminars webinars and workshops to note that 15,000 exhibitors. Richard has shared his knowledge on the skills an exhibitor educator need to have, experience, generate leads and follow up.


To get in touch with Richard, go to www.tradeshowleadstosales.com