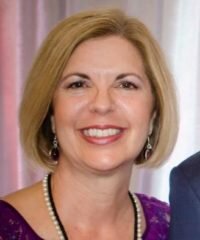 A catalyst makes things happen. As lead consultant and Organizational Catalyst at Greenfield Services Inc., Doreen Ashton Wagner does just that. She is passionate about facilitating problem-solving and idea generation. Fond of focus groups and 1-on-1 interviews, she uncovers ways for associations to better engage stakeholders. Marketing flows through her veins, so she loves to.. read more →

Anissa Ladd, CASE began her hospitality career right after graduating. Unsure whether or not she would enjoy Sales and Marketing or Operations more, she tried a little bit of everything.  She worked in hotels on “both sides of the fence”.  Her hotel company gained the contract to operate the CT Convention Center and she was.. read more →

How To Get A Sponsor For Your Special Event

How Do You Convince Companies To Sponsor Your Special Event? Professionals at corporations sponsor for a number of reasons. • Marketing: They might sponsor an event because it looks good for publicity, or because it’s a marketing stunt. • Revenue: Some companies sponsor because it’s good for business. • Employee Involvement: They could sponsor it.. read more →