The importance for a release form when filming!

No matter what you are filming, you need release forms. Release forms are applicable for documentaries, interviews, video footage, pictures, television series, films, drama and other creative products among others. There are many types of release forms. Personal release form is the most common, followed by group release forms, materials release and location releases. Every.. read more →

How to Promote your Event with Videos

If pictures are worth a thousand words, how many are videos worth? Could using a video increase the number of attendees at an event? It is a definite possibility. Online videos are quickly becoming an important tool for communication. Videos allow a connection with members, prospects, and customers. While there is nothing that can take.. read more →

Video Content As A Part Of Your Event Marketing Strategy 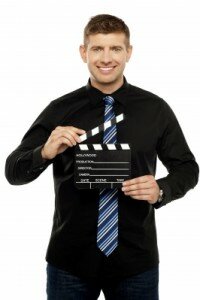 Video content is a great way to promote an event before, during, and after an event. Video can be excellent for promoting upcoming events and spurring registration before the actual event. Video content is already an amazing tool for increasing email message marketing ROI. You can also use video to educate and engage people on.. read more →

Why Record your Event?

When you are planning an event you should definitely consider recording it. Every event is unique in its own way and having a video copy of the event can be extremely useful. Once the event is over you can go over the video to determine what went well and what did not go well. In.. read more →