The Correlation of Humility and Personal Branding 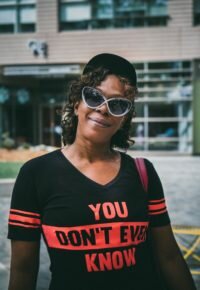 Personal branding is becoming extremely crucial for every business. It doesn’t matter if a company is in its startup phase or has a thirty year old history. A company may be doing well or it may be struggling, it may have a substantial consumer base or it may be working towards gaining some traction and a respectable market share. Personal branding is becoming as significant as branding of the enterprise as an entity. Even the richest and most influential chief executive officers around the world have started interacting with the consumers. The interactions are not concealed within the boardrooms and not confined to the rare occasional media interviews or press conferences.

There are many requisites for personal branding to be effective and successful. Not everyone succeeds but every business owner, entrepreneur or chief executive should have a plan. One of the quintessential ingredients for successful personal branding is humility. If you don’t appear to be a humble person, you can forget enticing the consumers or your business clients and you would not be looked up to.

Let us understand the correlation of humility and personal branding.

There was a time when erudite, technically enlightened and accomplished individuals were arrogant, out of reach for plebeians and they were in a cloud of their own making. They were not humble or considerate towards others, they lacked compassion and they were blinkered to only one objective, their own success. The success of their enterprises was the foundation but it appeared to be a byproduct of their own glory. Today, such chief executives or entrepreneurs would be shunned by the masses and even by the influencers in every industry. That is because humility trumps arrogance. People don’t want celebrated personalities in any realm to brag about themselves. Instead, people want them to contribute value to the lives of others.

Check out interviews of Warren Buffett or Richard Branson, check out public interactions of contemporaries like Satya Nadella and Sundar Pichai, you can also read about the transformation of personalities of Bill Gates and Steve Jobs. You would find one common trait in all of them.

They have always focused on adding value and that is how they have created their personal brands.

Presenting value in a humble way and appearing to be helpful instead of basking in whatever glory one has attained would form the bedrock of personal branding. Instead of alienating those who are not consequential for the company’s fortunes, they have tried to reach out, even to those who are ignorant or not bothered.

One Response to The Correlation of Humility and Personal Branding