The Growth of Pop Up Dining Events

Have you ever heard of pop up dining? Several years ago, the term “pop up dining” was almost unrecognizable. It was even hard to find it on Google search. If we are going to use the search engine as a measurement of its popularity, we can say that it is fast becoming popular now as.. read more →

5 Food Trends at Events for the Festive Season 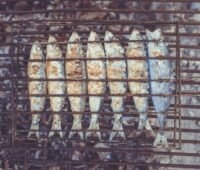 As the holiday season fast approaches, so does the need for great new recipes. While holidays are the same each year, your dinner parties don’t need to be. If you are trying to plan your next holiday party, consider these five festive food trends. 1. Make the Ultimate Sandwiches Our first trend this holiday is.. read more →

The event industry doesn’t really witness any perennial change but certain trends take a firm grip and those drive the preferences or expectations of the clients. Some changes are expected because sensibilities keep changing and people grow to dislike old ways of doing things. Some changes are unexpected. The food trends have always been the.. read more →

Benefits of Healthy Eating at Meetings

Siesta is not a word that was invented by Gabriel Garcia Marquez. As much as the English speaking world try to adapt the Spanish word, most people end up misusing it. Siesta is not napping or sleep. It is a short nap taken at a particular time of the day, usually early afternoon or after.. read more →

The ‘Power Bowl’ can Replace the Plates and Reduce the Spreads at Events! 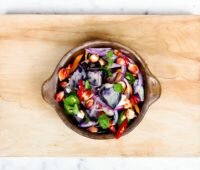 A new trend has emerged in major cities like New York where people are opting for what is being called the power bowl instead of having a large meal served separately. Typically, you would serve appetizers or starters, one or two main courses, one or two desserts and wrap up the spread. This has been.. read more →

How much food was thrown away at your last meeting? 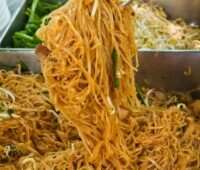 Food and nonalcoholic beverages are integral to most meetings. Certain events serve large spreads and alcohol while most meetings will stay confined to a few snacks, possibly one or two salads and a special. A meeting can have a simple spread of lasagna or sandwiches, pastries and cookies, burgers or pizzas, salads or a four.. read more →

I had the pleasure to interview Tracy before in a couple of occasions and not only I love what she talks about, but her passion is totally infectious. As an Italian, I totally get it. Food is not just eating. Food brings families together and sparkle conversations. When I was growing up, I believe I.. read more →

Creating the perfect event that is memorable and enjoyable for all your guests is not easy. There is a lot of effort and planning that goes into an event of any size. When you want to create an engaging event that excites, you need to appeal to all five senses. Events that focus on the.. read more →

When you are holding a conference or any type of event, not only do you have to be concerned with the content, but you also have to put a lot of consideration into the food and drinks that will be served. Not only are attendees looking to learn about the most effective techniques and newest.. read more →

The best and worst of office Christmas parties

In August 2015, Poptop conducted a survey of 1000 UK residents to uncover the best and worst of office Christmas parties, and how to make your 2015 office do the best Christmas party, ever! Of the 1000 people surveyed, 72% were employed full time, 17% part-time, and 11% were self-employed; just over 50% attended a.. read more →